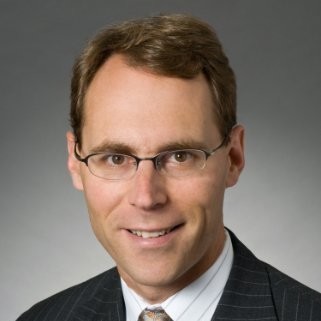 MICHAEL J. DESMOND is the 48th Chief Counsel of the Internal Revenue Service, where he oversees a  team of 1,500 attorneys working in almost 50 offices around the country to furnish legal advice and  representation on all matters relating to the administration and enforcement of the internal revenue laws.

Mr. Desmond began serving as Chief Counsel on March 4, 2019, following his confirmation by the U.S.  Senate on February 27, 2019.  After serving as a law clerk for the Hon. Ronald S.W. Lew in the federal  district court in Los Angeles, Mr. Desmond began his legal career with the Attorney General’s Honors  Program at the Tax Division of the U.S. Department of Justice.  After serving in the Tax Division, he  joined McKee Nelson, LLP, where he was elected partner in 2004.  In early 2005, Mr. Desmond joined  the Office of Tax Policy at the U.S. Department of the Treasury, where he served as Tax Legislative  Counsel through 2008.  Following his tenure at the Treasury Department, he spent several years as a  partner at Bingham McCutchen LLP in Washington, D.C. and Los Angeles, California.  In January 2012,  Mr. Desmond started his own boutique tax firm in Santa Barbara, California, where he practiced until his  nomination as Chief Counsel in 2018.  Mr. Desmond has held several offices with the Section of Taxation  of the American Bar Association and served as a Regent for the American College of Tax Counsel.  He  also served as an adjunct professor at Georgetown University School of Law.  Mr. Desmond was born in  Santa Monica, California and is a graduate of the University of California, Santa Barbara and the Catholic  University of America Columbus School of Law.