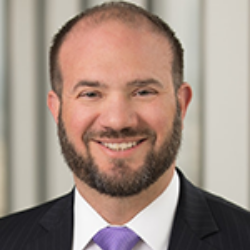 Before joining the firm in 2007, Mike worked in Washington, D.C. as a Congressional intern to U.S. Senator John Breaux (Retired) and worked as an Associate with a regional law firm in New Orleans, Louisiana.  In 2004-2005, he served as a Judicial Clerk to the Honorable James J. Brady, U.S. District Court, Middle District of Louisiana.

About Us: From the boardroom to the courtroom, Meadows Collier brings both dedication and experience to our clients' legal matters. While their origins are in tax planning and tax litigation practice, they also provide counsel to clients with a variety of other specialized legal needs, including business and estate planning, probate, real estate, securities, banking and commercial litigation. They also have a long-standing concentration in the area of white collar defense and government regulatory practice.