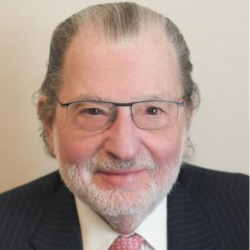 Mr. Schlesinger is a fellow of the American College of Trust and Estate Counsel and is a past Downstate New York Chair and a former member of its Charitable Planning and Exempt Organizations Committee. He was Co-Chair of the NYU-SCPS 73rd Institute on Federal Taxation (2014). His other memberships include the Trusts, Estates, and Surrogate's Courts Committee of the New York City Bar (2013 through 2016), the Editorial Board of the New York State Bar Journal (Emeritus since 2006), Board of Directors of the New York State Bar Foundation (through July 2013), National Academy of Elder Law Attorneys, International Academy of Estate and Trust Law (Academician), Estate Planning Advisory Committee of the Practicing Law Institute, and Financial and Estate Planning Advisory Board of the Commerce Clearing House (CCH). He has chaired The Annual Estate Planning Institute of the Practising Law Institute for over 20 years. He is a former Chair of the New York State Bar Association's Trusts and Estates Law Section and the Advisory Board of the New York University Institute on Federal Taxation (currently a member of The Advisory Board and Chair of its 2013, 2014, 2015, and 2016 programs). He is Chair of the Practising Law Institute Annual Estate Planning Institute. He is a former Adjunct Professor of Law at New York Law School. He taught estate and gift taxation, former Adjunct Professor of Law at the University of Miami Law School, and a former Adjunct faculty member at Columbia University School of Law. He has also been elected to the National Association of Estate Planners and Councils Estate Planning Hall of Fame.

Mr. Schlesinger received a B.S. (with honors) in 1963 from Columbia University and a J.D. in 1966 from Fordham University School of Law. In addition to being a frequent lecturer, Mr. Schlesinger has authored three books and numerous publications on trusts, estates, taxation, closely-held business and family succession planning, charitable giving, and related matters. He has been listed in Who's Who in America, and Who's Who in the World, as well as having been named to the lists of "The New York Area's Best Lawyers," New York Magazine and New York Times (through 2017), "New York Super Lawyers," New York Times and, for over 30 years as one of "The Best Lawyers in America."

About Us: Schlesinger Lazetera & Auchincloss LLP is recognized as a leading firm in the area of Trusts and Estates law. We represent individuals, fiduciaries, family-owned businesses, and other business entities, executives of private and public companies as well as not-for-profit organizations. The goal of our Trusts and Estates practice is to ensure the most expert representation with regard to each of our client's individual needs and objectives while remaining involved in the very human side of each client's legal issues, guiding them through critical decisions, and offering continuing counsel and comfort in difficult times.

The Firm, originally known as Schlesinger Gannon & Lazetera LLP, was founded in 2004 by four attorneys who believed that a more meaningful and responsive practice could be created away from the corporate structure of a large law firm. The Firm now has ten attorneys.

ONLY THINGS CERTAIN IN LIFE ARE DEATH & TAXES: QUESTIONS ARE WHEN & HOW MUCH